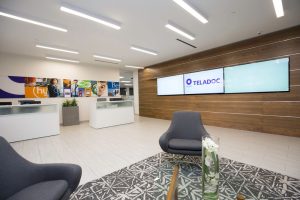 Virtual care system Teladoc Health has officially launched its Primary360 care service nationwide, and it is now available to commercial health plans, employers, and other organizations in the U.S. Primary360 was piloted in 2019 as a chronic disease early-detection diagnostic tool, but has grown to cover other diagnoses such as diabetes and hypertension.

With Primary360, members are connected with a Teladoc primary care physician and a care team that operate according to a personalized care plan, which includes features for follow-up reminders and other action items. Teladoc reports that Primary360's prevention and screening services have helped many of its members discover and treat previously undiagnosed chronic illnesses. Year-one member metrics showed that one in four chronic conditions identified in them have led to new diagnoses of common disorders.

Other preliminary studies have found that over half of Primary360 members have tapped into at least one other Teladoc service. Almost 30% access a network of two or more connected services, which cover areas such as nutrition, urgent care, dermatology, and mental health care. Around two-thirds of members had previously done without any form of traditional primary care and greatly benefitted from an open line of communication with physician-led care teams. A number of Fortune 1000 employers are currently live on the service; others like Aetna have planned upcoming nationwide launches.

Teladoc is proud to report that its physicians are usually at a new patient's disposal within a week—an immediacy that runs circles around the drawn-out, sometimes month-long enrollment process that's become commonplace when taking up with a new primary care physician.