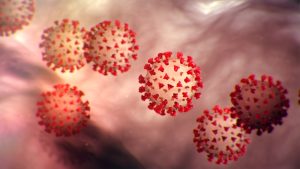 As the U.S. government mulls over which virtual care ramp-ups should persist past the end of the COVID-19 era, experts warn that rolling any of them back would disproportionately affect women. While it's true that women are more liable to speak to doctors and utilize general healthcare services than men, telehealth offerings in particular are hugely attractive to women. The implicit convenience of virtual care is not lost on this population; caregivers, which are often women, have readily adopted these solutions to triage needs for their charges—and themselves.

Responding to increased demand, the femtech sector has been on the rise over the past year and a half. From only January to August 2021, women-centered digital health startups have earned $1.3 billion over 26 deals. That figure, which could inflate with several months of additional funding opportunities, is already almost twice that of 2020.

Virtual care leader Teladoc reported that the first quarter of 2021 saw women make up 64% of general medical visits, while men represented a mere 36%. The most recurrent telehealth women users were aged 25 to 44, but those seeking chronic condition management assistance aged 45 to 64 were even more likely overall to tap these services.

Research also suggests that female physicians prioritize virtual care availability at a higher rate than their male counterparts. Doctor on Demand, a popular telehealth service vendor, has a physician base that is more than 60% female, and 65% of its users are women. These figures have tracked steadily since the onset of the pandemic.

Going forward, policymakers must consider the notable benefits of virtual care/telehealth while realizing that any drastic changes would chip away at the preference to which the women population has grown accustomed.