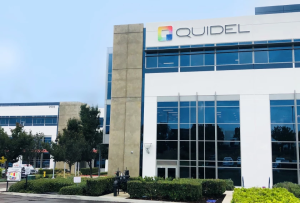 Following a strong two years of business supported by sales of its multiple COVID-19 diagnostics, Quidel is using its extra cash reserves to purchase another test maker, Ortho Clinical Diagnostics. The companies have a combined century of diagnostics output, and have pioneered development of testing for HIV, influenza, and COVID-19, among other diseases. With its acquisition of Ortho, Quidel is making a major strategic move to enlarge its presence in the global testing industry.

The duo made public their planned union just before Christmas, with a finalized transaction due sometime in the first half of this year. Quidel will fork over $24.68 in cash and shares for each share of Ortho's common stock, making for a total equity value of approximately $6 billion—$1.75 billion of which will be paid out in cash. The resulting unified company is set to absorb the $2 billion in net debt accumulated by Ortho.

Chris Smith, Ortho's Chief Executive Officer, said, “By bringing together Quidel’s point-of-care diagnostics with Ortho’s vast global reach, there is a substantial opportunity to capitalize on the cross-selling opportunities, move into attractive adjacent markets and accelerate innovative product expansion and the development of molecular technologies."

The deal's price tag represents a 25% increase on Ortho's closing price circa its last full day of trading pre-announcement. The stock surged after the news broke, hitting a high of $21.28 the same morning. On the other hand, Quidel's stock fell $40 from one of its highest points on that day, and has trended downwards since.