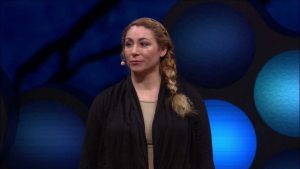 It started out as such a good idea. Jessica Richman was in the midst of her PhD in computational social science at Oxford University when she started a crowdfunding campaign for uBiome – raising $375,000 in just under ten weeks.

It was 2012 and the National Institute of Health had just wrapped up its five-year long undertaking to understand the human microbiome – aptly named the Human Microbiome Project (HMP). Richman saw the possibilities and had to act.

“We started our crowdfunding campaign on Indiegogo in November 2012 – right after it ended. We wanted to take the results of the HMP and bring them directly to the public,” Richman said in an interview. “[This enables] all of us to learn about our microbiomes and participate in the science as soon as possible – without waiting years and years for the results to trickle down into products and services that people could use.”

uBiome quickly branded themselves as a citizen science startup, keen to join the ranks of warrior-scientists that were tearing down the elitist ivory towers of academia. They were the pioneers that pushed the boundaries and made innovative sequencing based, clinical microbiome tests available to the public for the first time in history. They deliver actionable insights and information that contributes to a deeper understanding of the microbiome and its role in health and wellness.

The company successfully raised $109.9 million over eight rounds and were well positioned to assuming their rightful place amongst such health-tech stars as 23andMe. But somewhere along the line, things started to take a turn for the worst.

South Carolina resident Marc Harris was diagnosed with a rare gastrointestinal disorder and spends time searching for new information on his illness. He saw ads for uBiome and decided to order their SmartGut test that assured him they could provide him with new insights into the bacteria that builds his gut culture. He thought he ordered one kit and they sent six kits with promises to track his innards over time.

Three aggressive emails later cajoling Harris to return more samples and Harris dutifully sent in two out of the six kits. Imagine his surprise when he saw his health insurance company had been billed five times at $2,970 a test. ‘Doc in a box’ companies have recently come under fire for questionable billing practices associated with insurance companies approving tests without communicating with their clients outside of a quick checklist-like survey.

This controversy became very real for uBiome after the FBI raided their San Francisco headquarters as part of their investigation into their billing practices. Following the raid, both Jessica Richman and Zac Apte were put on administrative leave and the company suspended clinical operations.

In an email sent out to customers, uBiome announced their plans for the near future:

“Our Co-CEOs, Jessica Richman and Zac Apte, are currently on administrative leave as we conduct an independent investigation into the company’s billing practices, to be overseen by a Special Committee of the Board. Once complete, we will take any corrective actions that are needed to ensure we can become a stronger company better able to serve patients and healthcare providers.”

While they reiterated that this is only a suspension of operations, the findings from the FBI investigation will play a very large role in what the future looks like for both founders and their company.