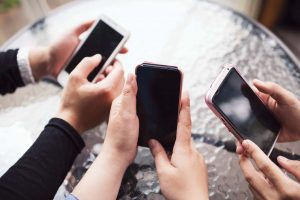 The findings of a recent study support existing FDA guidance that warns patients with implanted medical devices to maintain six inches of distance between their implant and any consumer electronic devices generating magnetic interference. Researchers associated with the CDRH published the study in the Heart Rhythm Journal. They found that a feature called “magnet mode” included in many of these implants could be triggered unintentionally.

Magnet mode is a proactive measure meant to halt the implant’s function if potential electromagnetic interference is detected or if treatment is being administered. Interaction with magnetic fields stronger than 10G, however, has been found to sometimes trigger the mode. This can alter the function of the device, endangering the patient.

The research team behind the study examined a number of recently published articles that detail the possibility of newer, high field strength-magneted consumer electronics temporarily altering the operation of implants. At the beginning of the year, Apple sent out an alert to iPhone and Apple watch users that those devices might affect pacemakers and cardiac defibrillators.

For this study, researchers in fact evaluated the magnetic field output of all Apple Watch 6 and iPhone 12 models at various distances from implanted medical devices. They discovered that these devices had enough magnetic energy to set off magnet mode and potentially harm the wearer, but a six-inch separation was enough to avoid the problem.