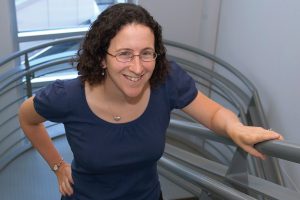 Amy Finkelstein works at the intersection of healthcare and public policy and is looking to challenge assumptions about the money spent in this system. As the co-founder of J-Pal North America, a research center focused on domestic policy evaluations, and founding Editor of American Economic Review: Insights, she is dedicated to her work in the field.

Finkelstein is an economist who investigates the implementation of healthcare policy and its impact on health, health care and well-being. She is the John and Jennie S. MacDonald Professor of Economics at the Massachusetts Institute of Technology (MIT) and was a principal investigator on the ground-breaking Oregon Health Insurance Experiment done in 2008. The study was a pioneering effort to provide the first randomized controlled trial to determine how offering Medicaid coverage for those who are uninsured impact their health, health care use and economic security.

Finkelstein is a committed researcher and works tirelessly to tease out the truth from the most complex problems in public and health policy She has proved some theories such as the financial and psychological benefits of health insurance and disproved others, most notably that better access to health benefits does not reduce emergency department visits. Finkelstein has also contributed to important new understandings related to problematic insurance selection - such as the likelihood of less healthy people buying more health insurance – and measured the cost to society in terms of insurance coverage and pricing.

Finkelstein received an A.B. from Harvard University, a Masters of Philosophy from the University of Oxford and completed her education with a Ph.D. from the Massachusetts Institute of Technology in 2001. She has received several prestigious awards and fellowships during her academic career, including a MacArthur Foundation Fellowship (2018) and the John Bates Clark Medal (2012) which is given annually to economists under the age of forty who have made an important contribution in the field of health economics.

﻿RemeGen IPO One Of The Biggest of Its Kind

Telehealth Is Here To Stay, But Won’t Replace Traditional Healthcare

Takeda And Seqster Team Up For Data Advancement In Healthcare

The Top 25 Women Leaders In Healthcare Software of 2020

Software & Data July 7, 2020
0
The Healthcare Technology Report is pleased to announce The Top 25 Women Leaders in Healthcare Software of 2020. These women exemplify achievement in a...

Alex Gorsky Is The All-American CEO

Medical Devices April 9, 2019
0
Alex Gorsky is having a bad year. As chief executive officer of pharmaceutical giant Johnson & Johnson (J&J), he’s been on the hot seat...