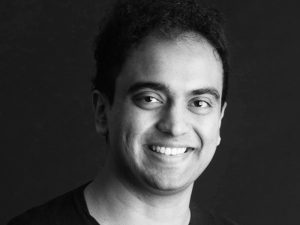 MindMaze, a digital health company based in Switzerland, recently landed a pivotal $105 million in investment that will fund development of therapies for diseases like Parkinson’s and Alzheimer’s as well as aid its mission to market its existing digital therapeutics (DTx) for neurological diseases such as stroke globally. The funding round was led by private equity firm Concord Health Partners, with contributions from Hambro Perks, former round leader AlbaCore Capital, and others.

The company's DTx platform is structured around a gaming atmosphere to help neurological disease patients improve or relearn cognitive and physical skills with user-friendly, interactive experiences. One of its games, MindPod Dolphin, leverages software and hardware like anti-gravity devices to assist patients with limited limb mobility in their upper body movement recuperation. The game tasks patients with guiding an animated dolphin to catch fish and explore an immersive ocean environment with their upper body, all through advanced movement tracking technology. Its impressive performance metrics in clinical trials include doubling the efficacy of conventional rehabilitation therapy for the upper limbs amid the sub-acute period following a stroke. In 2021, The Royal Buckinghamshire Hospital in Aylesbury became the first hospital in the U.K. to adopt the MindPod platform.

The recent cash raise arrives a few short months after MindMaze's $125 million round led by AlbaCore, and the company is also fresh off the heels of scoring a $12 million award from the Swiss government for the SwissNeuroRehab initiative as well as partnering with the American Hospital Association (AHA) to pitch in for MindPod's U.S. deployment.