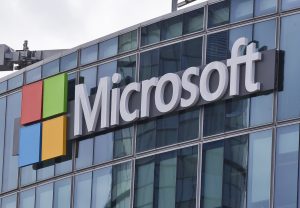 Following a Series A round that produced $95 million in funding, health data platform developer Truveta has enlisted Microsoft as a strategic partner in its quest to create a data analysis system capable of structuring and normalizing de-identified patient information. Truveta has tapped Microsoft's powerful Azure cloud service as the breeding ground for the new platform, and the two companies will collaborate to scale the finished product globally.

The 17 U.S. health systems that own Truveta will be the first to benefit from the platform's data de-identifying capabilities. Truveta handles data that accounts for over 15% of patient care in the U.S. across 40 states. Microsoft will do its part in beefing up this patient base; its existing customers will be invited on board and further membership initiatives are planned. The alliance also includes Truveta becoming an official Microsoft Cloud for Healthcare partner. Its platform will be connected with the full spectrum of Microsoft's cloud services in order to produce data-based insights for precision medicine and clinical concerns.

Provider-led Truveta is a relative newcomer to the healthcare scene, having been launched in February of this year. Its health system originators include Advocate Aurora Health in Milwaukee, Tenet Healthcare in Dallas, and Northwell Health in New Hyde Park, New York. Three other health systems were brought into the fold in July.