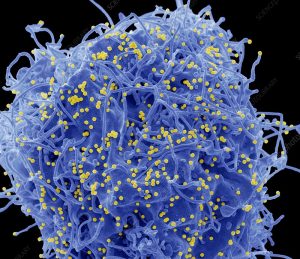 The morning would have dawned warm in the town of Mangina on that July 18. Located in the North Kivu province of the Democratic Republic of Congo (DRC), the small city is a bustling center of trade but unpredictable upsurges in violence and crime threaten the safety and stability of the region.

An older woman made her way to a local health center that day, she complained of symptoms she felt were related to her heart condition. Staffing at the clinic may have been limited due to an ongoing health worker strike - they were protesting that they hadn’t been paid since May. Care might have been difficult to provide under those conditions and the woman was discharged home without further follow-up. Within a week, she had succumbed to the symptoms of a hemorrhagic fever and seven family members followed suit shortly thereafter.

On August 1, 2018, an official announcement that there was an outbreak of Ebola virus in the African country. On August 4th, the DRC Health Authority reported 30 probable cases, 33 suspected cases, 33 related deaths and 879 contacts. Many factors contributed to the dangerous delay in alert and follow-up response.

Surveillance efforts in the region were almost impossible due to political instability of the region and a health worker strike that impacted proper identification and reporting of suspected cases of the virus. How many lives could have been saved if there had been a better way? From this question, the company Metabiota found its beginnings with the work of Nathan Wolfe, a world-renowned epidemiologist who had been noted for his early work on the evolution of the HIV virus.

Wolfe understood that while pandemics couldn’t always be prevented, maybe their terrible impact could be minimized. In a Nature article published in 2007, the virus hunter observed that little was known about the origins of most infectious diseases. Furthermore, he postulated that many of these illnesses likely had non-human origins.

“Most major human infectious diseases have animal origins, and we continue to be bombarded by novel animal pathogens,” Wolfe said in a 2007 interview. “Yet there is no ongoing systemic global effort to monitor for pathogens emerging from animals to humans.”

Using $2.5 million in seed money he received from a National Institutes of Health Pioneer Award, he developed a network of virus-detection projects located at key sites around the world – including the DRC, Malaysia, Laos, Madagascar, Paraguay and China. Wolfe believed that by monitoring hunters and wild-game markets in the more remote areas of these countries, he could build a taxonomy of what he calls “viral chatter”. In practice, it would be similar to alerts that surveillance agencies may receive when certain keywords were used.

“In the intelligence community, you have people monitoring intelligence and looking for keywords,” Wolfe said. “Every time a keyword comes up, it’s not going to signal a terrorist threat. But by studying the patterns, you can begin to understand what you might be looking for. I study some agents that are very unlikely to be a pandemic. But we are asking, where did they die out? What are their features?”

Metabiota was founded in 2008 and represents the commercial arm of Wolfe’s project. The company partners with government, health organizations, educational institutions and private businesses around the globe to ensure they can be wherever the next event is emergent. As part of their product and service offerings, the company has compiled the most cutting-edge biological, socioeconomic, political and environmental data collected from their international partners and in-house experts and built models to assess and analyze epidemic risk.

They offer disease surveillance and early detection services to their government clients and analytic insights to the insurance industry to help delineate product definition and pricing. A unique dimension of their epidemic risk measure is called the Pathogen Sentiment Index (PSI). Their PSI gauges how public fear and panic can contribute to the social and economic impact of an outbreak. As people change their behavior to avoid becoming ill, their actions can result in high rates of absenteeism, abandoned travel plans and empty shopping centers and public attractions. The model flexes and adjusts as changing circumstances are inputted into the system and pathogen scores (rated from 1 – 100 scale) are updated.

Metabiota has successfully raised $41 million in venture capital over three funding rounds led by Pilot Growth Equity. They recently earned a place on Oxbow Partners ‘Top 25 InsurTech Companies’ list for 2019. In the upcoming year, the business plans on enhancing their data insights, indices and applications so their clients can access even more comprehensive information on how infectious diseases affect the world.