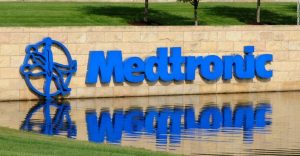 In a deal valued at $925 million, cardiac arrhythmia-focused medtech company Affera is set to be acquired by Medtronic. Though Medtronic did not make the terms of the deal immediately available, analysts at Piper Sandler were able to determine the sale price, which includes a contingency of $250 million dependent on Affera earning FDA approval for its nascent technology. The deal is expected to close sometime around the first half of Medtronic's FY 2023.

Through an investment made less than a year ago, Medtronic already holds a 3% share in Affera, which produces cardiac mapping and navigation systems as well as catheter-based cardiac ablation technologies. Although Affera is an early-stage company and its technologies are yet to receive greenlights from the FDA, medtech investors, particularly those with an eye on cardiovascular health solutions, consider it a familiar name at this point. The company's $75 million Series C financing round in late 2021 drew the sector's attention, particularly due to the participation of high-profile investors such as Bain Capital Life Sciences.

Piper Sandler Senior Analyst Matt O'Brien said, "The deal represents a pretty sizable splash in the high-growth cardiac ablation market. While the transaction will no doubt raise some questions about [Medtronic's] ongoing study with [pulsed-field ablation], it emphasized that the transaction was really designed to close a product gap on the mapping side." Indeed, cardiovascular offerings comprised 35.7% of Medtronic's sales in the most recent full fiscal year. The upswing follows its 2019 acquisition of Epix Therapeutics, which makes a catheter-based ablation system for arrhythmia patients.