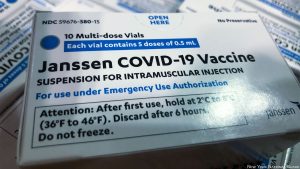 Startup Leyden Labs, which develops nasal spray medications capable of warding off respiratory viral infections, has marked the new year with a one-two combo that is the stuff of biotech dreams. It recently wrapped up a lucrative Series B round of funding, while also managing to secure a new licensing deal awarding it the rights to a Janssen antibody that addresses both influenza A and B, which are known for causing the seasonal flu.

Bringing Leyden Labs' fundraising total to $200 million, the $140 million earned through the Series B round will be dedicated to preclinical and early-stage testing of the startup's platform, intended to "attack the viruses at the gate," as it was put by CEO and Founder Koenraad Wiedhaup. Moreover, the platform will be expanded to feature protection in the nose and throat from potential upcoming variants of SARS-CoV-2, the flu, and other emerging respiratory viruses. The Series B was led by previous backers Casdin Capital and GV, with other investors including Invus, BlueBird Ventures, SoftBank Vision Fund 2, Byers Capital, and F-Prime Capital.

Operating out of Boston as well as Amsterdam, Leyden Labs was founded in the early days of COVID-19 as the brainchild of scientists who had spearheaded the development of vaccine technology that was ultimately utilized in Johnson and Johnson's single-dose vaccine.