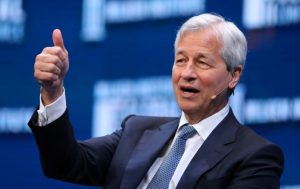 On January 7th, 9,000 people converged on San Francisco to attend JPMorgan’s 37th Annual Healthcare Conference and according to Anne Wojcicki, co-founder and CEO of 23andMe, this year’s theme should have been revolution.

“This [is a] three trillion-dollar industry that’s filled with do-gooders and people who really care and want to make a difference in the world but the incentives just point them in the wrong direction,” Wojcicki, shared in her interview with JPMorgan’s Kate Northrup.

The answer to this problem, Wojcicki believes, is empowering the consumer, and conversations at this year’s symposium support the idea that it’s time to change. With advances in new technology, changes in reimbursement models and increases in consumer expectations, healthcare front-runners are realizing they need a refresh.

The January symposium brought together industry leaders in healthcare; innovative up-and-coming companies; the best and brightest in biotech; and those looking for investment opportunities in all of the above. As Wojcicki describes it, “this is the epicenter of where healthcare kicks off the year. It’s a spectacular set of meetings of everyone in healthcare talking about, essentially… [their] New Year’s Resolutions. You come here and this sets off the tone for the year.”

Some of the biggest changes that emerged from the conference:

Cerner announced their new commitment to making their electronic health record (EHR) software more compatible with other applications. CEO Brent Shafer described the company’s intent to move from an “EHR-centric” focus to a whole-platform that embraces itself as part of a larger complement of software services. Shafer hopes this shift will help developers build AI apps which will help improve physician workflow. He hopes this will increase software sales which accounted for 12 percent of revenue in Q3 2018, down from 17 percent in Q3 2014.

Digital health was also identified as a driver for future growth. Twenty-five of the country’s top leaders of nonprofit health systems and hospitals spoke about how digital health is changing the delivery of care. The top advantages include the advent of wearable health monitoring devices; managing pain and distress through new virtual reality applications; and onsite wellness initiatives for workplaces. Executives stated the benefits of effectively meeting increased consumer demand while keeping costs manageable makes digital health a strong strategy.

Pharmaceutical representatives pointed to the positives of value-based care (VBC) in their presentations on industry change. Despite its popularity in other areas of healthcare practice, VBC is a new addition to the drug industry and, more specifically, drug-pricing. Vas Narasimhan, CEO of Novartis, spoke about some ideas  to push for value-based care in the sector. One involved establishing an independent organization that would advocate for better practices around how pills are both valued and priced.

As for Wojcicki, she plans to use 23andMe as a vehicle for getting customers their voting-rights in healthcare. For the socially-conscious CEO, it’s about creating a community of health-empowered consumers. “There is an opportunity for a revolution,” she said. “That’s what I want to do. We’re going to do what’s right for the consumer and we’re going to lead this consumer revolution in healthcare.”

The personal genetics-testing company provides products to customers who seek health and ancestry information about themselves. Of those, almost 85 percent of the company’s three million subscribers have opted to share their data for research purposes. Based on their consumer preferences, 23andMe will partner with other companies to conduct meaningful research and development that help advance the causes their customers care most about.