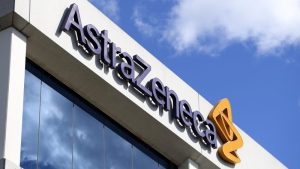 In shoring up resources to bring its phase-3 drug for treatment of transthyretin amyloidosis across the finish line, Ionis Pharmaceuticals has entered into a partnership with a Big Pharma player. AstraZeneca and Ionis have locked into an upfront $200 million development and commercialization deal that also includes $485 million in conditional payments and up to $2.9 billion in sales-associated milestone payments down the road.

The drug in question is eplontersen, formerly known as both IONIS-TTR-LRx and AKCEA-TTR-LRx. Ionis is striving to develop this therapy for all TTR amyloidosis (ATTR) types, which include hereditary and wild-type. Abnormal deposits of amyloid, which give rise to the rare disease, can stiffen and eventually compromise the heart's chambers.

In jumping headlong into the ATTR space, AstraZeneca is evidently not afraid of loosening its purse strings. With milestone payments dependent on sales goals between $500 million and $6 billion, though, it's apparent that the pharma giant wants some major bang for its buck. Ionis will collaborate with AstraZeneca for development and commercialization of eplontersen in the U.S., while the latter will take point on all global efforts aside from those in Latin America.

A phase-3 study known as NEURO-TTRansform completed enrollment in July with 160 trial participants suffering from hereditary transthyretin-mediated amyloid polyneuropathy. Interim results are due mid-year, and a new drug application could spring up by the end of 2022.