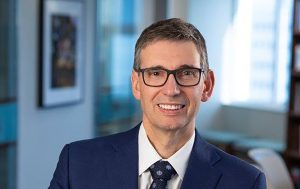 President and CEO of the Mayo Clinic Gianrico Farrugia has made it clear that healthcare as an industry must lean into new and emergent technologies to maintain effective functionality in the modern world. The adoption of solutions in AI, telemedicine, and at-home medicine will be imperative to the success of all medical enterprises. Otherwise, impediments to care affordability and access threaten to contribute to the deterioration of population health and public health system mistrust.

Farrugia of course invoked his own nonprofit when speaking of the industry's up-for-grabs future during a presentation to the World Affairs Council of Jacksonville. Around a quarter of all appointments at Mayo Clinic's facilities are conducted virtually, and Farrugia says one uniform benefit of the COVID-19 pandemic has been the practically required acceptance of telemedicine as a treatment vector. Many health systems had been previously wary of telemedicine's viability despite the associated technology being in existence for quite some time.

“We also now have to take the next step, which is integrating telehealth into routine care, so it’s not an either/or option—which it predominantly is now—but it’s part of how care is delivered longitudinally and seamlessly,” Farrugia said. “We’re finding a tremendous amount of value in mining existing data to create new knowledge and help more people."

One Mayo Clinic physician was able to leverage AI technology with 7 million patient electrocardiograms to create an algorithm capable of predicting heart issues before they appear. Mayo also introduced an advanced care at home program, which Farrugia says reduced hospital readmissions for those involved by half. In these and other ways, the Mayo Clinic and its CEO are putting their money where their mouth is in terms of being healthcare futurists.