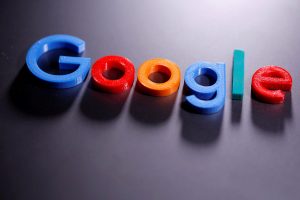 Google is often the first resource people turn to for medical questions as billions of searches are made annually to uncover possible skin conditions.  Google is working to answer these questions with its developing app that uses image recognition algorithms to give users a better understanding.  The tech behemoth surprised everyone when it announced that it will be launching in the European Union (EU) and not in the United States.

In the past the EU has been known for its strict regulations, however it has granted the app CE approval, identifying it as a Class I medical device.  A Google spokesperson declined to say whether or not the company has been in contact with the Food and Drug Administration.  They did mention that Google would like to offer the service in the US but did not have a timeline on when it would cross the Atlantic.

Google has stated that the apps design is not final but revealed that it works by snapping three photos of the blemish from different angles and distances.  Additional information such as location and how long it has been noticeable are optional.  Once the photos are submitted to Google it provides users with suggested conditions, possible symptoms, contagiousness, and treatment options.

One possible reason that Google's app has not been approved for the US is because health software that are “low risk” and those that act as medical devices have newer rules and blurry lines.  The FDA exempts “low risk” software that offers advice or symptomatic information, however it requires approval for those apps that offer diagnosis or function as medical devices.  The FDA considers apps medical devices if they are used to diagnose, monitor, or treat diseases, injuries, or handicaps.  It also considers “low risk” apps to be noninvasive and to promote wellness.

Google’s app does not respond to photos with one possible condition and offers a warning that emphasizes that the conditions are suggested and are not a medical diagnosis.

Google’s app does not follow trends with its American-not-first strategy and may encourage other health technology manufacturers to launch software outside of the US.  Other companies may find new target audiences outside the country or regulations that allow them to further develop their technology.