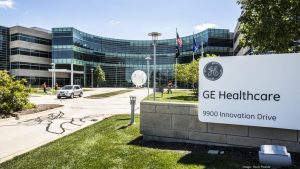 In a long-expected move, GE had decided to branch off its Healthcare business into its own independent, public company as soon as early 2023. GE indicated that it will keep a stake of under 20% in the resulting spinoff, which is said to be enjoying a tax-free detachment process. The new company will be headed by Peter Arduini, who had previously been selected to take over GE Healthcare as Chief Executive Officer and President upon the beginning of 2022.

In addition to this separation, GE plans to blend its renewable energy, power, and digital divisions into a unified business. That energy-focused division is set to be spun-off as its own public company in early 2024. What remains will be converted into GE Aviation, and the current CEO of the conglomerate, H. Lawrence Culp, will take over that division in addition to serving as non-executive chairman of GE Healthcare. These machinations are set to cost GE around $2 billion in separation, transition, and operational costs.

The final decision of strategic division was preceded by a series of false starts. In June 2018, GE's hypothetical offshoot healthcare company earned a prospective valuation of up to $70 billion. Despite even reportedly filing for a clandestine IPO that December, the company chose to instead sell off its entire biopharmaceutical manufacturing business for $21.4 billion. Therapeutics developer Danaher, the purchaser, ended up rebranding as Cytiva.