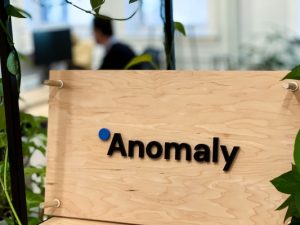 Anomaly, a startup that leverages AI to increase billing and payment accuracy in healthcare, has made public its Series A round totaling $12 million. Though the fact that this company was originated in 2020 may make it seem wet behind the ears, it has wasted no time in coming to grips with a timeworn dilemma: the careless, wasteful spending that permeates healthcare systems in the U.S.

This Series A puts Anomaly's investment purse at $17 million; a previously undisclosed $5 million seed round reportedly closed earlier this year. The most recent round, led by RRE Ventures with participation from Link Ventures, featured existing investors like Redesign Health, Declaration Partners, and Madrona Venture Group. The funds will help the company expand its 12-person team as well as open up its partnership potential. Anomaly hopes to scale up its operations by linking up with additional healthcare systems and insurance companies.

The company's AI-powered platform uncovers irregularities in medical bills through a process perfected by the company's extensive claims work with myriad insurance and health companies. That diverse data set allows Anomaly's platform to single out erratic billing patterns and preemptively flag irregular claims in order to reduce wasteful spending. Studies show that more than $300 billion a year is wasted due to inefficiencies in medical billing processes.