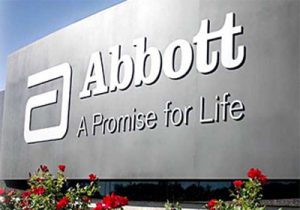 In a move that will make it more widely available to early-stage heart failure (HF) patients, the FDA has expanded its approval for Abbott Laboratories' CardioMEMS cardiac sensor. The implant, roughly the size of a paper clip, remotely evaluates blood pressure changes in the pulmonary artery (which can be an early indicator of HF risk) in addition to transporting blood from the heart to the lungs to increase oxygen levels ahead of it pumping out the whole body.

Abbott projects that this augmented greenlight will allow access to its system for an additional 1.2 million patients in the U.S., giving physicians a chance to hone their medication dose strategies while the disease is in its initial phases. One clinical trial showed that CardioMEMS reduced hospitalization rates by 28% with the afforded extra time in medication decision making.

The device, which earned FDA clearance in 2014 for use in patients hospitalized within the past year and diagnosed with Class III disease on the New York Heart Association scale, is inserted in the pulmonary artery via a minimally invasive procedure. The recently added indication includes individuals living with Class II HF as well as those with higher-than-normal level of natriuretic peptide biomarkers as verified through a blood test. The CardioMEMS originally became a part of Abbott's portfolio through its acquisition of St. Jude Medical in 2017.