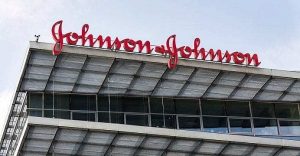 Forty-five years ago, biotech firm Johnson & Johnson opened the doors on their venture capital arm, JJDC (J & J Innovation). As one of the oldest and most active corporate investors in the world, it financially backs several dozen companies a year that are of strategic value to them.

Not one to be left behind, GlaxoSmithKline’s established their Action Potential Venture Capital (APVC) fund to provide financial backing to companies that specialize in bioelectronic medicines and their enabling technologies. S.R. One acts as GSK’s venture capital arm and focuses on up-and-coming life sciences companies that are working towards improving medical care.

In many ways, the biotech business and venture capital industry have much in common. Massive amounts of research, testing and marketing resources are sunk into carefully selected ‘projects-with-potential’ each year with only a small number delivering on their promise of high profits. Maybe it’s this common ground that has led companies like J&J and GSK to get creative with how they make their next big breakthrough.

Shrinking profit margins and more competition have been forcing companies to rethink the high costs of in-house research and development. It’s also made strange bedfellows as biotech companies are now forming more strategic partnerships and collaborative agreements than ever before. There has been an industry shift in focus from making scientific discoveries to acquiring them and the biggest companies are the best at what they do.

Part of this strategy appears to be found in corporate venture capital trends. For the second year in a row, big pharmaceutical companies and biotech firms stepped up their startup commitment by participating in more funding rounds and dedicating more capital. According to a Crunchbase report, 2018 saw that corporate VC’s contributed to funding rounds valued at nearly twice what they were a year ago.

In the last year, biotech startups raised almost $29 billion in seed funding – that’s up from $19 billion in 2017. While most of those do not include a corporate backer, a significant minority do. Biotech companies contributed capital towards 138 seed, venture and growth-stage funding round which was also up from 122 in 2017.

“One important point to clarify is that we’re strategic investors, not financial investors,” Tom Heyman, President of JJDC, said in an interview. “We do not make investments with the goal to simply make money for Johnson & Johnson. Instead we invest in companies that have technologies, platforms and business models that are strategically important today, or could be in the future, to one of our sectors.”

Most recently, GlaxoSmithKline participated in a series B funding round to raise $125 million for Springworks. They plan to use the money to finance research for two of its most advanced oncology programs. Perceptive Advisors led the round for the Connecticut-based company. JJDC made their own investment with Inivata, a provider of liquid biopsy, as part of a series B funding round to raise $52.6 million. Inivata will use the funds to finance the U.S. commercial roll-out of their new product InVisionFirst Lung liquid biopsy test.