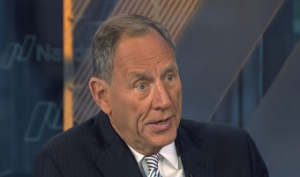 Following his 13-year stint as the chief executive officer and president of the Cleveland Clinic, Dr. Toby Cosgrove has joined Google Cloud as executive adviser to the division’s health care and life sciences teams. Cosgrove’s new role at Google is set to focus on four areas of health care administration: costs, patient experience, population health and administrative burdens for staff and providers.

According to Gregory Moore, Google Cloud’s vice president of health care, the hiring of Cosgrove aligns with Google Cloud’s overall goal of harnessing “the power of data to advance health care.” The established health care team at Google Cloud has already begin working on the development of machine learning and artificial intelligence solutions targeted at automating and streamlining workflows while upholding the patient-provider relationship. Moore believes that Cosgrove is in a unique position to help Google overcome the challenges inherent in meeting these goals: “Dr. Cosgrove is a widely respected thought leader in the health care space. Over the course of his career, he has seen firsthand how digitization has improved--and hampered--health care.”

For his part, Cosgrove has stated his belief that the “killer application” in the health care sector will be voice technology that utilizes natural language processing and machine learning to help transcribe providers’ medical notes—and indeed, another Google team, Google Brain, is currently working on just such a technology. Other “low-hanging fruit” in health care where Cosgrove plans to focus his time at Google include improving patient billing, appointment making and other back-office functions.

Prior to joining Google, Cosgrove worked for the Cleveland Clinic for 42 years. He began as a thoracic surgeon in 1975 after returning from his stint at a United States Air Force surgeon in Vietnam. In 1989, Cosgrove was promoted to chairman of the Cleveland Clinic’s Department of Thoracic and Cardiovascular Surgery before becoming the medical center’s president and CEO in 2004. Throughout his time in these administrative positions, Cosgrove continued to perform thoracic surgery up until 2006, and is on record as having completed more than 22,000 procedures. Before moving to the business side, Cosgrove was activity courted for public service; both Presidents Obama and Trump looked at him for Secretary of the United States Department of Veterans Affairs.