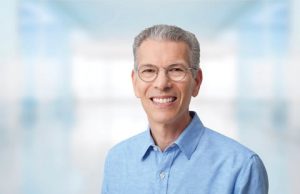 Dr. David Feinberg, a veteran of the health IT industry, is taking over as President and Chief Executive Officer of health information technology company Cerner. Feinberg, who had previously been a part of the leadership teams of Geisinger and Google Health, is expected to assume his new positions on October 1st. His CEO predecessor Brent Shafer made his resignation public in May.

In addition to Shafer, Donald Trigg is stepping down as the company’s president. These two vacancies will be filled by Feinberg with his dual-capacity appointment. Williams Zollars will become Cerner’s Board Chairman after having served on said board for more than 15 years.

Feinberg is arriving at Cerner having made a major impact at Google Health, where he unified Google and Alphabet groups to generate AI application opportunities for myriad healthcare case purposes. Prior to that, he served double duty similar to his new Cerner role. As president and CEO of Pennsylvania-based health organization Geisinger, Feinberg sculpted existing IT platforms to broaden the scope of precision medicine endeavors and analytics initiatives.

UCLA was Feinberg’s stomping ground for over 20 years, 8 of which were spent as CEO of UCLA Health. He occupied several other technology and leadership positions at UCLA Health Sciences, UCLA Hospital System, and UCLA’s Ronald Reagan Medical Center.