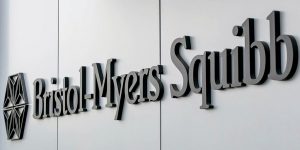 Bristol-Myers Squibb (BMS) has big plans for 2019 and their bid for Celgene is the biggest. In a recent statement, Chief Executive Officer Giovanni Caforio announced the company’s intent to buy the American biotech business despite the fact its stocks have fallen by 57 percent since 2017.

Valued at approximately $90 billion in cash and stock offers, Celgene represents a good deal for BMS but does offer some risks that may be hard for Bristol-Meyers Squibb shareholders to swallow. Two of Celgene’s most promising drug possibilities have not lived up to their potential due to late-stage trial failure of their gut drug, GED-0301, and long delays in FDA approval of their multiple sclerosis treatment, Ozinamod.

Bristol-Myers Squibb also has their own struggles with failed drug-trials and the $50 billion debt-burden that comes with absorbing Celgene’s financial obligations and the $33.5 billion loan BMS secured to buy the competing company. Shareholders may also balk as the company will no longer be ‘just right’ – it may be too big to attract profitable acquisition offers from larger companies such as Pfizer but too small to compete against pharmacy-giants in the oncology drug market such as Roche.

It’s not all bad news for BMS, however, as purchasing Celgene offers opportunities for the company to expand their product line of oncology treatments. In support of the acquisition, Caforio also points to an extra $2.5 billion in savings by 2022 from combining operations of the two companies. If the deal is approved by the Food and Drug Administration (FDA) and the shareholders, it would represent one of the largest mergers in the pharmaceutical industry.

In 1858, the Squibb Corporation was founded in Brooklyn, New York by Edward Robinson Squibb. During the American civil war, the company supplied medical kits containing morphine, surgical anesthetics, and quinine to the Union Army. Similarly, Bristol-Myers found its beginnings in 1887 when William Bristol and John Myers started their own pharmaceutical company in Clinton, New York. Bristol-Myers became Bristol-Myers Squibb once the companies merged in 1989 and was awarded the National Medal of Technology in 1999, America’s highest recognition for technological advancement in pharmaceutical research, by President Bill Clinton.

Since then, the company has grown into a global presence within the biopharmaceutical industry. They offer several product lines in the fields of oncology, cardiovascular, immunoscience and fibrosis. Through their research and development arm, BMS continues to cultivate a number of promising therapies that will help keep them on the cutting-edge of medical science.