Home Features Biotech Leaders: All Business With Russia Must Stop 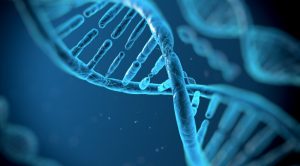 Leaders and influential investors in the biotech and biopharma industries have banded together to decry Russia’s invasion of Ukraine, calling for their global peers to entirely “disengage from Russian industry” and “cease investment in Russian companies,” according to a joint letter signed in late February.

The chief executives of BioMarin, Ovid, Global Blood Therapeutics, and ATAI Life Sciences, among others, called for an immediate cut-off of all Russian business connections. Heavyweight investment firms such as RA Capital, Atlas Venture, and Third Rock Ventures also supported the industry-wide condemnation.

The plea invokes the halting of investments, canceling plans to funnel money within the country’s borders, repudiation of funds from the country, a full stop to any collaboration and service agreements, and the end of trade for every commodity short of food and medicine. The multi-language letter labels Russia’s war a “barbaric act,” and demonizes President Putin as well as “those who enable and embolden him,” namely scions of the Russian business world.

Ukraine happens to be a hotbed of clinical trial activity: the country has around 2,500 public medical facilities capable of running international trials, and approximately 500 ongoing trials are conducted per year. Companies with current clinical trials in the region include GlaxoSmithKline, AstraZeneca, Biogen, Incyte, and Gilead. Delays and disruption can hopefully be allayed by speedy relocation or reallocation of key resources.