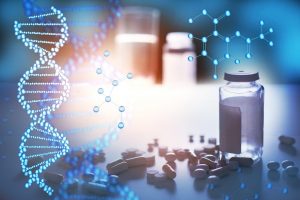 With around $1.7 trillion allocated for dealmaking in the sector, this year is stacking up to be a watershed moment for biopharma mergers and acquisitions. Following a lackluster 2021, M&A activity is projected to rebound significantly in the coming months—due in no small part to a considerable "innovation deficit" that is coercing new asset seek-outs. Conversely, the events of the J.P. Morgan Healthcare Conference at the beginning of the year signaled that picking up manifold licensing deals may instead be the leading 2022 agenda.

Nevertheless, notable players such as Pfizer, Novartis, and Merck & Co. seem to have their sights set on high-profile acquisitions. Merck has expressed a desire to buy out Mirati Therapeutics, while Pfizer might leverage its $175 billion purse for late-stage assets in a far-sighted quest to lift 2030 revenue by $25 billion. Novartis hopes to string along a grouping of smaller biotechs with a portion of the $154 billion in its coffers. Johnson & Johnson, with a new CEO at its helm, is doing away with its consumer health unit and plotting a "more aggressive" 2022 that will surely be facilitated by its $200 billion cache.

The lull that was 2021 for the biopharma space all but guarantees that this year will be the different animal industry experts think it will be, if for nothing else but sheer juxtaposition. The $108 billion spent on M&A last year represents only 40% of 2019 activity. With bigger deal budgets as well as the more varied biotech offerings created through record amounts of private financing recently, the stage is set for a biopharma M&A revival.