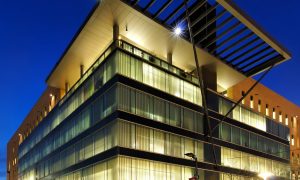 A laboratory space purchase by a real estate titan could lead to the creation of as many as 3,000 life sciences jobs in the U.K. The buyer is San Diego, California-based BioMed Realty and its recently announced property investment totals to $1.12 billion (£850m). BioMed will in effect double its U.K. life science presence by picking up two sites in Cambridge.

In addition to the resulting job market expansion that U.K. Prime Minister Boris Johnson was eager to publicize, this investment could be a lucrative add-on for the U.K.’s economy; the life sciences industry currently adds around £80 billion a year to its GDP. The potential for higher revenue streams had stalled of late due to lack of available physical space. Survey data shows that just about all of Cambirdge’s lab space is under offer.

BioMed’s additional 800,000 square feet of viable lab and office territory will be a shot in the arm for the sector. The company has acquired a 27-acre plot at Granta Park from The Welding Institute and the 15-acre Cambridge International Technology Park from Abstract. The development of these sites is of course still dependent on planning consent agreements.

BioMed has in fact become the biggest private owner of life science space in Cambridge since its entry into the market in 2012. The company’s extant 870,000 square footage in the U.K. is 100% fully leased.