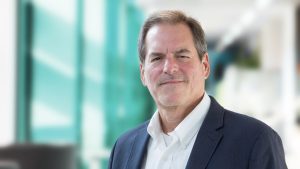 With an ambitious and attention-grabbing mission to reverse disease in patients of any age, new biotechnology startup Altos Labs isn't exactly starting from scratch. It is launching with $3 billion in investor backing, and has managed to fill its C-suite to the brim with industry heavyweights. Early support from the likes of Amazon founder Jeff Bezos contributed to a flurry of interest and speculation about the revolutionary advancements to life sciences Altos could be capable of leveraging.

Now, the potential of Altos to fulfill its mission to “revitalize entire animal bodies, ultimately prolonging human life” is being gauged in a more grounded manner, with the associated technology discussed in the context of nearer-term applications for human health improvement. Hal Barron, M.D., who is poised to take over as CEO after leaving of GlaxoSmithKline later this year, said, “It's clear from work by Shinya Yamanaka, and many others since his initial discoveries, that cells have the ability to rejuvenate, resetting their epigenetic clocks and erasing damage from a myriad of stressors. These insights, combined with major advances in a number of transformative technologies, inspired Altos to reimagine medical treatments where reversing disease for patients of any age is possible.”

Barron will be the final piece of the puzzle in what constitutes a life sciences dream-team C-suite. He joins Chief Scientific Officer Rick Klausner, M.D., founder of Juno Therapeutics and Grail, as well as President Hans Bishop and COO Ann Lee-Karlon, Ph.D., to round out an impressive leadership roster. Altos is also combining the best of academia and industry by breaking ground on Altos Institutes of Science in San Francisco, San Diego, and Cambridge, U.K.