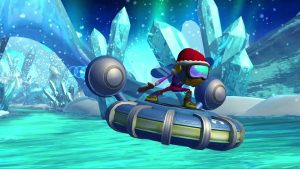 In order to enable its own public debut, prescription digital medicine startup Akili Interactive has inked a reverse-merger deal with Social Capital Suvretta Holdings Corp., a special purpose acquisition company (SPAC) fresh off a $220 million IPO in the summer of 2021. Upon the closing of the transaction, which is projected to be finalized around the middle of this year, the combined company will retain the Akili branding, enter the Nasdaq as "AKLI," and carry an expected equity value of somewhere near $1 billion.

This pivotal SPAC deal will help Akili facilitate the commercial launch of EndeavorRx, its FDA-cleared and CE marked video program which gives children with ADHD interactive and fun learning tools to improve their attention. The proceeds from the deal as well as Akili's eagerly anticipated public debut, which are estimated to amount to roughly $412 million, will also contribute to the ramping up of its multiple other digital therapeutics, which include treatments for the symptoms of neuropsychiatric diseases such as autism, multiple sclerosis, depression, and more. That tally also includes a $162 million private investment round with participation from new and existing supporters, which is expected to close in advance of the reverse merger.

Akili made history with EndeavorRx in 2020, when it became the first prescription video game to earn an FDA green light. The program is targeted at children with ADHD between the ages of 8 and 12, charging them with navigating a game world through sensory stimuli and motor challenges that have clinical evidence for attention function improvement. Results from trials showed that half of parents reported progress in the reduction of their child's everyday symptom presentation, and around 60% said the game had a noticeably positive effect on attentive behavior.