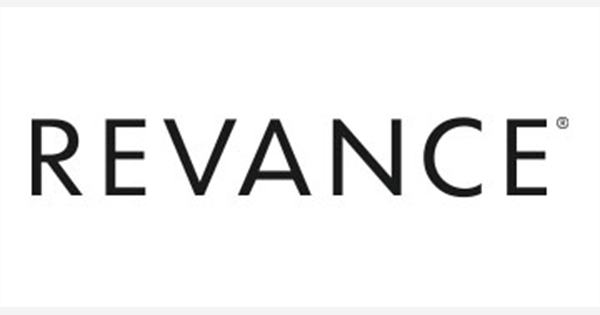 Revance is a biotechnology company setting the new standard in healthcare by elevating patient and physician experiences through the development, acquisition and commercialization of innovative aesthetic and therapeutic offerings. Revance is an innovation leader in aesthetics and therapeutics.

Revance Aesthetics is building the prestige market for aesthetics comprised of expertly created products and services that are available exclusively in select practices who produce exceptional consumer experiences and outcomes.

DAXXIFY™ (DaxibotulinumtoxinA-lanm) for injection, the first and only peptide formulated neuromodulator with long-lasting results, is FDA approved for the temporary improvement of moderate to severe frown lines (glabellar lines) in adults.

The RHA® Collection, which stands for Resilient Hyaluronic Acid, is the only hyaluronic acid (HA) filler approved by the FDA for dynamic facial lines, wrinkles and folds that are moderate to severe, such as nasolabial folds (RHA® 2, RHA® 3, RHA® 4), and perioral rhytids (RHA Redensity™).1-10

Mark Foley is CEO of Revance Therapeutics and has served as a member of the Company’s board of directors since September 2017.

Previously, Mr. Foley was Chairman, President and CEO of ZELTIQ Aesthetics (ZLTQ). During his tenure, he led ZELTIQ’s growth from $68 million in annual revenue in 2012 to over $350 million in 2016, resulting in an appreciation of the Company’s stock of greater than tenfold and acquisition by Allergan (AGN) in April of 2017 for $2.5B. Mr. Foley also served as a Managing Director of RWI Ventures, a venture capital firm focused on life sciences, networking, semiconductor and software investments, from 2004 to 2018.

Mr. Foley has over 25 years of experience in the health care field, having served in a variety of senior operating roles in both large public companies and venture-backed startups, including U.S. Surgical Corporation, Guidant Corporation, Devices for Vascular Intervention, Perclose and Ventrica, where he was the founder and CEO. Also, he has partnered with a number of entrepreneurs to assist with the formation and capitalization of new health care companies while also serving as a Senior Advisor, Executive Chairman, interim CEO and board member to a number of medical device companies.

Mr. Foley currently serves on the board of directors of Glaukos (GKOS) and as chairman of the board for ULab. He also co-chairs the Aesthetics Innovation Summit and was chairman of Arrinex up until its acquisition by Stryker in the spring of 2019. Mr. Foley received his BA from the University of Notre Dame in 1987 and is a named inventor on 17 patent applications.

Tobin C. Schilke joined Revance as Chief Financial Officer in November of 2018. He brings more than 20 years’ experience in the global biopharma arena, raising capital, completing mergers and acquisitions (M&A) and providing financial leadership in support of commercial enterprises. From 2016 to 2018 Mr. Schilke served as Chief Financial Officer at Achaogen, Inc., where he raised more than $300 million in capital and built teams and capabilities in financial planning and analysis (FP&A), accounting, procurement, IT and facilities management. Previously, he spent 13 years at Roche/Genentech in a variety of finance and operational roles including CFO of Roche Products Limited in the United Kingdom, Director of Commercial FP&A for Genentech’s BioOncology business, and M&A project manager for a number of successful acquisitions, restructurings, and business development initiatives. Mr. Schilke holds a B.S. in Chemical Engineering from Lafayette College, M.S. in Chemical Engineering from University of California, Berkeley, and an M.B.A. from Cornell University.

Dr. Hollander brings over 20 years of experience in the global biotech and pharma industry, spanning the entire drug development life cycle. Prior to joining Revance, he was the Chief Research & Development Officer at Aerie Pharmaceuticals, where he directed preclinical research and clinical development in the U.S., Europe and Japan, and led the company’s medical affairs, regulatory and quality organizations. Previously, he was the Chief Medical Officer at Ora, Inc., where he oversaw medical operations across pharmaceutical and device clinical development, preclinical studies, as well as research and development into new regulatory endpoints. Dr. Hollander began his industry career at Allergan, Inc., where he spent a decade serving in roles of increasing responsibility, including Vice President, Global Therapeutic Area Head in Clinical Development for Anterior Segment and Consumer Eye Care. Dr. Hollander currently serves as a Board Member for Kiora Pharmaceuticals and the Arnold & Mabel Beckman Foundation.

“One of my favorite things about Revance so far has been the amazing company culture. Revance invests the time and effort up front to select the most seasoned and talented candidates that will be the best culture fit.” – Revance Team Member