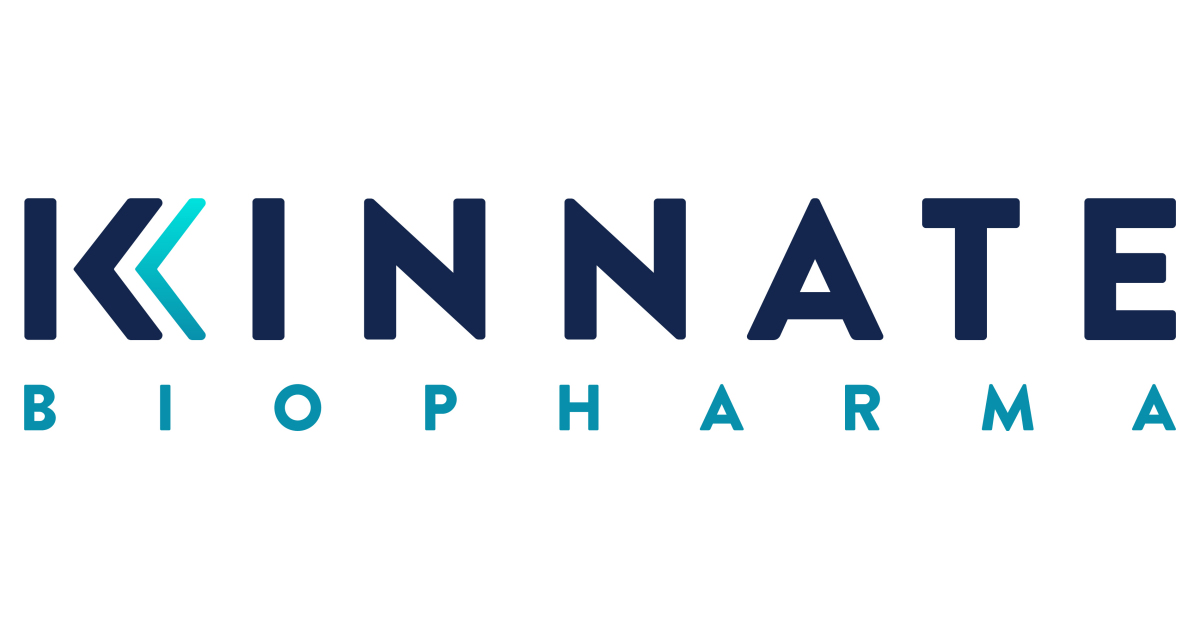 Kinnate Biopharma Inc. was founded with a mission to inspire hope for those battling cancer – patients, their physicians, and caregivers – by expanding on the promise of targeted therapies.

The company focuses its efforts on known oncogenic drivers where there are no approved targeted drugs, and to overcome the limitations of marketed cancer therapies, such as non-responsiveness or acquired and intrinsic resistance.

Kinase inhibition is a proven approach to fighting cancer, and for nearly two decades has addressed an increasing number of oncology indications. At Kinnate, they employ a consistent, systematic approach to identify kinases that drive difficult-to-treat, genomically defined diseases.

Through this approach, they aim to develop kinase inhibitor product candidates with therapeutic windows that provide durable and meaningful clinical responses to benefit patients in three patient populations:

1. Those with cancers that harbor known oncogenic drivers with no currently available targeted therapies

2. Those with genomically well-characterized tumors that have intrinsic resistance to currently available treatments

3. and those whose tumors have acquired resistance over the course of therapy to currently available treatments.

By focusing on these three well-characterized patient populations, they believe that they will have a more efficient development path with a greater likelihood of success. Due to advancements in genomic profiling and relationships with their collaborating precision medicine cancer centers and leading research institutions, they have established and continue to develop a deep expertise and understanding of specific oncogenic drivers.

2. GFR program, KIN-3248 is a small-molecule kinase inhibitor that target cancer-associated alterations in FGFR2 and FGFR3 genes, which are among the most commonly identified oncogenic drivers detected in solid tumor cancers. KIN-3248 aims to address the primary driver-alteration and clinically observed and predicted FGFR 2/3 mutations that drive resistance to current FGFR2- and FFR3-targeted therapies in intrahepatic cholangiocarcinoma (ICC) and urothelial carcinoma (UC). In preclinical studies, they have observed inhibitory activity across a broad range of clinically relevant mutations that drive acquired resistance.

3. They are also advancing a number of other small molecule development programs, including a CDK12 inhibitor. CDK12 is an essential regulator of DNA damage response genes against which no targeted therapies are currently approved or, to their knowledge, in clinical development. They expect to develop a CDK12 candidate to target the treatment of ovarian carcinoma (OC), triple-negative breast cancer (NBC), and metastatic castration-resistant prostate cancer (mCRPC). CDK12 along with our other small molecule development programs expand our penetration into cancer types not covered by existing targeted therapies.

Nima brings over two decades of executive leadership experience in the biopharma industry to our team. Prior to joining us, Nima spent seven years at PaxVax, where he was most recently President and CEO. While there, he successfully led a team of 250 people through a number of commercial product launches and negotiated the sale of PaxVax to Emergent BioSolutions in 2018. Prior to PaxVax, he was at Novartis AG in a series of roles of increasing responsibility, most recently as Vice President of US Marketing at Novartis’ Vaccines and Diagnostics division. Prior to Novartis, Nima worked at DoubleTwist, a pioneering genomics company, and was a consultant with Boston Consulting Group. He was a member of the founding Board of the Coalition for Epidemic Preparedness Innovations (CEPI). He is on the Executive Committee of the Northern California Chapter of Young President’s Organization (YPO) and a Trustee at the Hamlin School. He is also a Director of Keros Therapeutics (NASDAQ: KROS). He holds a BA in Human Biology from Stanford University and an MBA from the Harvard Business School.

Neha brings over 12 years of experience in healthcare investment banking and finance. Neha joined us from Goldman Sachs where she served as a vice president in the Healthcare Investment Banking Group and a member of the Mergers and Acquisitions (M&A) Group within the Investment Banking Division. While at Goldman Sachs, she established herself as a senior leader in the healthcare coverage group, working with a variety of biopharmaceutical boards and management teams on a broad range of strategic financial matters, executing financings as well as leading M&A transactions. Neha has successfully executed over $100 billion in transactions in the biopharmaceutical, medical technology, and tools/diagnostics sectors. She is currently on the Arcutis Biotherapeutics, Inc. Board of Directors and serves as a member of their Audit Committee. She holds a BSE in Biomedical Engineering and Economics from Duke University.

Mark joined us from Audentes Therapeutics where he was Senior Vice President and General Counsel and helped lead its sale to Astellas Pharma. Prior to joining Audentes, he was Executive Vice President and Chief Business Development and Legal Officer at PaxVax where he led the company’s Legal, Compliance, Government Affairs and Business Development functions and helped lead its sale to Emergent BioSolutions. Mark also held senior legal positions at Biogen and Novartis Vaccines and Diagnostics, and served as Counsel at the global law firm Bingham McCutchen (now part of Morgan Lewis), where his work focused on mergers and acquisitions, venture capital financing, securities regulation and general corporate matters. Mark holds a BA from Yale University and a JD from Boston College Law School.

Richard brings over a decade of global clinical strategy and drug development experience in the biopharmaceutical industry to Kinnate. Prior to joining our team, he was Chief Medical Officer and Global Head of Oncology Programs at WuXi NextCODE where he was responsible for leading the clinical development of large-scale genomics and target biomarker discovery programs. Prior to WuXi NextCODE, he was with cancer detection company GRAIL as Group Medical Director and Program Lead of the Circulating Cell-Free Genome Atlas (CCGA), the largest-ever prospective study of circulating nucleic acids in cancer. He also guided the development of early clinical oncology assets as Head of Early Development Oncology Group and Early Development Leader at Amgen. While Senior Medical Director at Puma Biotechnology, Richard led the Phase 2 and Phase 3 trials in metastatic breast cancer and lung cancer for the development of the targeted cancer therapeutic Nerlynx® (neratinib). He was also a clinical hematology and oncology fellow, and later an NIH-funded faculty member at St. Jude’s Children’s Research Hospital where he focused on translational biology and therapeutics studies within the molecular oncology and hematological malignancies programs. Richard has co-authored 60 publications in high impact clinical, translational & basic research journals including NEJM, Nature and Cancer Cell, and is the coinventor on 2 patents. He holds an MBBS and PhD as well as a BMedSc from the University of Queensland, Australia.

“We work in a very dynamic way, progressing fast, sharing observations across disciplines, and then reacting to our own discoveries to go in new directions.” – Robert Kania

“I’ve worked in both large pharma and start-up biotech, and Kinnate has provided the opportunity for me to really make an impact.” – Angie Vassar

“Kinnate is, hands down, the best team that I have ever been a part of; everybody is extremely hard working and focused but also has a ton of fun along the way.” – John Tyhonas

“Kinnate has assembled an experienced team of precision oncology experts who are focused on the discovery and development of precision medicines for difficult-to-treat genomically defined cancers.” – Keith T. Flaherty, MD, Kinnate Board and SAB Member

“There are clear drivers of disease and resistance mutations that will cause current therapies to fail. The Kinnate portfolio addresses these challenges and will potentially contribute meaningful new medicines to patient populations that would benefit from them.” – Ryan Corcoran, MD, PhD, Kinnate SAB Member

“The Kinnate team has deep experience in the fields of drug discovery, translational research and precision oncology. Working closely with the company’s scientific advisory board members, they aim to develop precision oncology solutions for populations that are currently underserved.” – Carl Gordon, PhD, Kinnate Board Member

“Our team is driven by the urgency and knowledge that patients are waiting for new cancer medicines targeted for their specific type of disease. While we are serious, focused and delve deep into the science, we love what we do and have fun doing it.” – Nima Farzan, CEO of Kinnate