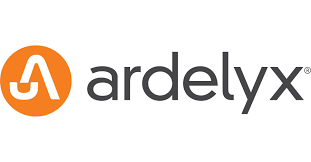 Ardelyx is a publicly traded biopharmaceutical company founded with a mission to discover, develop and commercialize innovative first-in-class medicines that meet significant unmet medical needs. They are dedicated to improving the lives of patients by discovering, developing and commercializing first-in-class targeted therapies that advance patient care. Using their discovery model, Ardelyx scientists identified new biological mechanisms and pathways that enabled us to develop drug candidates designed to address significant unmet medical needs with the goal of improving outcomes for patients.

Ardelyx unique discovery platform and deep understanding of the primary mechanism of sodium transport in the intestine resulted in our discovery and development of IBSRELA® (tenapanor), a first-in-class therapy, available in the U.S. and Canada for the treatment of adults with irritable bowel syndrome with constipation (IBS-C). IBSRELA is dosed as one 50mg tablet BID.

Mike has served as Ardelyx’s President and Chief Executive Officer since March 2009. Before Ardelyx, Mike was a partner at New Enterprise Associates (NEA).

Prior to joining NEA in 2002, Mike spent 15 years in commercial and operating leadership roles in the biotech and pharmaceutical industries. He was senior vice president, of therapeutics and general manager of the renal division at Genzyme Corporation. In this position, Mike launched and oversaw the sales growth of sevelamer with over $1.0 billion in worldwide sales in 2013. Mike was also instrumental in the worldwide launch of Genzyme’s therapies for Gaucher disease, Ceredase and Cerezyme. Mike also spent two years with Genzyme’s diagnostic products and services division. Previous to Genzyme, Mike held business development and sales and marketing positions at Repligen and Bristol-Myers.

Rob has served as our Chief Regulatory Affairs and Quality Assurance Officer since 2020. Before that, Rob had served as our head of regulatory affairs and quality assurance since August 2013. Rob has over 20 years of experience in the pharmaceutical industry in the quality, regulatory and CMC areas. A majority of this experience has been with small biotech companies, where he has played a critical role in developing companies’ initial drug product candidates, including peptides, monoclonal antibodies and small molecules, from the pre-clinical stage to commercial registration.

Rob has a B.S. in biology from Bowdoin College and an M.S. in chemistry from Boston College. Rob is regulatory affairs certified.

Liz has served as Chief Legal and Administrative Officer since 2020. Before that, Liz had served as our General Counsel since May 2014. Liz joined Ardelyx as vice president, legal in December 2012 after serving as an independent outside corporate counsel for Ardelyx for three years. Liz brings over 20 years of experience representing privately held and publicly traded life sciences companies in structuring and negotiating strategic transactions, such as collaborations, joint ventures and intellectual property licensing transactions. Liz also brings significant experience in providing legal support in connection with all aspects of the research, development and manufacture of pharmaceutical products.

Liz received her J.D. from Stanford Law School and her B.A. from Boston University.

David began his career at Arthur D. Little (ADL), where he was a senior consultant and study director for over a hundred pharmacology and GLP toxicology studies in a wide variety of therapeutic areas. Since ADL, David has spent his career working for start-up and small pharmaceutical companies. Notably, David was vice president of preclinical research and development at GelTex Pharmaceuticals. Most recently, David was vice president of drug development for Trine Pharmaceuticals. David has filed numerous INDs, met with regulatory agencies around the world, and filed two approved NDAs.

David received a Ph.D. in pharmacology from Boston University School of Medicine, an M.S. in toxicology from Albany Medical College and a B.A. in biology from the University of Pennsylvania.

Justin has served as our Chief Financial Officer since June 2020. Justin brings over 20 years of experience in the biopharmaceutical industry, with an extensive array of financial and operational experience.

Justin began his career with Arthur Andersen LLP in 1993. He received a Bachelor of Arts in Economics and Accounting from the College of the Holy Cross, a Master of Science in Taxation from Northeastern University, and a Master of Business Administration from Suffolk University.

Susan has served as our Chief Commercial Officer since May 2020. Susan brings over 25 years of industry experience, with extensive leadership across pharmaceutical, biopharma, hospital products, and nutrition segments in U.S. and international markets.

Prior to Ardelyx, Susan served as the founding chief executive officer of Tolmar Pharmaceuticals. Susan was then named President of the branded division upon the formation of the global entity, Tolmar Inc. Prior to Tolmar, Susan held various positions at Abbott Laboratories, most recently divisional vice president of global marketing, where she established the global marketing function for a $3.8 billion international portfolio of nutrition brands. As divisional vice president, she directed strategic brand planning and commercial go-to-market strategies and programs for 11 global product launches. Earlier in her career, Susan held several sales, marketing and commercial positions including, vice president and general manager, Abbott Renal Care, director, managed care at TAP Pharmaceuticals, professional sales representative at Merck Human Health Division and client manager at ARBOR, a pharmaceutical market research firm.

Susan holds a Master’s and Bachelor’s degree in Psychology from the University of Pennsylvania.

Laura has served as our Chief Medical Officer since 2021. Before that, Laura served as our Senior Vice President (SVP), Global Therapeutic Strategies and Patient Advocacy since November 2020. Laura is a results-oriented, accomplished, executive leader with 25 years of global pharmaceutical drug development experience both in large pharma and smaller biotech settings, spanning all clinical development phases and numerous therapeutic areas. She has a proven track-record, as indicated by her leadership on and contributions to key regulatory approvals for 7 on-market compounds.

“All of us at Ardelyx are sincerely grateful to the patients who participate in our clinical studies, as well as their families and caregivers who are with them along their journey. Everyone here at Ardelyx is passionately committed to serving patients in the best way possible, and it’s because of each patient’s individual contribution that we are able to do the work necessary to bring forward important new medicines.” – Mike Raab, President & Chief Executive Officer